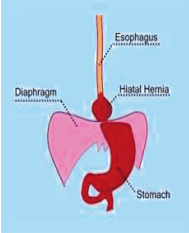 If you are reading this article ,you probably already recognize some of the symptoms of acid reflux:

The International Foundation for Functional Gastrointestinal Disorders reports that health professionals of the American Gastroenterological Association estimate that 33% of people in the United States have acid reflux disease. The prevalence of this condition makes acid reflux disease the most expensive chronic gastrointestinal disorder in the U.S., with cumulative costs approaching $10 billion each year.

60 million adults suffer from acid reflux at least once per month. 25 million suffer from this each day, that is about 1 in 14 people in the U.S. alone! Here are some more statistcs on acid reflux, 65% of people 40 and older have chronic acid reflex. An average episode of acid reflex lasts about 2 hours. Half of the people with reflux get interrupted sleep and this can effect there work productivity and attitude. Lastly, chronic reflux significantly increases your risk of esophageal cancer.

There are certain foods that have a strong influence on increasing acid reflux they are: fried/fatty foods, alcoholic beverages, caffeinated drinks, carbonated drinks, chocolate, citrus foods, tomatoes, onions , spicy foods and peppermint. Obesity and pregnancy increases the chances of acid reflux. The increase in pressures from the abdomen cavity has an effect on the position of the upper portion of the stomach and a dome shaped muscle called the diaphragm. Smoking effects a valve separating the esophagus and stomach causing it to relax . This results in the stomach acid to go up the esophagus. Some medications such as ibuprofen, other NSAIDS, beta blockers and calcium channel blockers also will lead to acid reflux.

What is a hiatal hernia? Let us discuss a little anatomy so we can understand. There is a tube that connects the mouth to the stomach this is called the esophagus At the end of this tube just before the opening of the stomach is a specialized ring of muscle tissue and it is called the lower esophogeal sphincter (LES). The purpose of the LES is to regulate the passage of food into the stomach, but not permit the regurgitation of gastric contents back up into the esophagus.

There is another “valve” that is formed by an opening in the diaphragm. The diaphragm is formed by two “wings” called crura. The shape of these crura determines the opening that the esophagus passes thru and its ability to regulate opening to the stomach. The combination of these two “valves” are additive and reinforce normal motion of food into the stomach and prevents stomach contents from moving up into the esophagus.

A hiatal hernia occurs when one or both of these “valves” do not function correctly. The shape of this area becomes distorted and the “valve” strength weakens. The result is that part of the upper stomach actually protrudes above the diaphragm. Additionally, there is a tissue flap at the top of the stomach that normally is at an oblique angle, but with a hiatal hernia the flap sits more vertically. The flap does not close as tightly as a well, leading to regurgitation of stomach contents up into the esophagus and area of the hiatal hernia.

CHIROPRATIC CARE: There are a number of corrections that can be performed to help and even correct hiatal hernia. The first is to rebalance the large dome shaped muscle called the diaphragm. The diaphragm is a muscle and it is attached to the spine just below the shoulder blades in area called the thoracolumbar region. Often this area is misaligned and results in abnormal tension of each of the crura of the diaphragm. Another area to consider is located in the neck region. There is a nerve called the phrenic nerve which has direct influence on the muscular stimulation to the diaphragm.

We also find that the entire rib cage can be torqued and there is a gentle correction to help this distortion. This often includes adjusting the thoracic spine that is located between the shoulder blades. The diaphragm has direct attachments along the front of the rib cage that can be manual reset. Lastly, there is a direct correction that can be done to assist pulling the stomach back into a better position relative to the diaphragm. Patients often get almost immediate relief of pressure and pain with these corrections.

GERD AND ITS CAUSES

To make a distinction here GERD is gastroesophageal reflux disease. Simply put, if you have acid reflux that occurs more than 2-3 times per week you would be considered having GERD. The problem with having GERD is that this often times leads to chronic inflammation of the lower esophagus which can lead to esophagitis, scar tissues / strictures , Barretts esophagus and eventually cancer. Cancer of the esophagus related to GERD is rapidly increasing.

Another cause of GERD is actually due to decreased acid production called hypochlorhydria. That might sound contradictory, but with decreased stomach acid foods begin to putrify and release some organic acids and proteins which can be irritating to the stomach and duodenum. This can cause the LES to open , effects pancreatic enzyme release and improper bile release from the gall bladder. Lower stomach acid also allows the growth of microorganisms that add to the putrification process in the stomach.

What usually leads to hypochlorhydria is chronic stress and over consumption of carbohydrates. With this problem you also get decreased absorption of several minerals, vitamins and other nutrients.

There is a cork-screw shaped bacteria that is called Heliobacter pylori that can also be another leading cause of GERD. It is estimated that about 50% of the worlds population has this bacteria. This bacteria actually invades the lining of the stomach and has been associated with gastric and duodenal ulcer formation. Depending on the location and level of infection it can cause increased or decreased stomach acid. The last thing to consider with GERD is that the digestive system relies on various enzymes, neural control and hormones to coordinate proper digestion of foods. This system involves the mouth, esophagus, stomach, pancreas, liver, gall bladder and small intestine. Making sure these systems are working in a smooth and coordinated fashion is task that we take seriously and it does take several treatments to balance your digestion. Not every person that has GERD is the same and some are more complicated than others.

The treatment of GERD and acid reflux is varied and can rely on several methods to balance the digestive system. Medications: Such as antacids (Tums, Alka-seltzer, Maalox) histamine antagonist ( Zantac, Axid, Pepcid), proton pump inhibitors ( Prevacid, Nexium, Prilosec, Protonix, Aciphex), promotility ( Reglan) or foam barriers ( Gaviscon). However, all these medications do have various side effects and really should be used only for brief periods of time. Any one on these medication know that they are usually on these forever. It is better to determine the underlying causes to their  GERD. Chiropractic and Acupuncture: There are as mentioned before a number of procedures for balancing the diaphragm. There are a number of acupuncture points, cranial manipulation and various spinal adjustments that can help out tremendously with balancing the nervous system control.

Herbals/Supplements: Depending upon the types of imbalances that are found there are several products that can be taken. For some patients the immediate thing to do is reduce the inflammation in the stomach. Often using an aloe vera extract, cabbage juice extract ( vitamin U), forms of zinc, vitamin A, deglycerhized licorice root might be used.

For the H. pylori products such as waltheria, berberine, Formula 734, colloidal silver, sulfuraphone, turmeric, mastic gum and others. To help with coordination of digestive organs products such as, betaine hydrochloride, various enzymes, AF Betafood, Bilemin, probiotics, GI Encap, Repairvite, Clearvite and many others.