ADRENALS, FATIGUE AND MUCH MORE 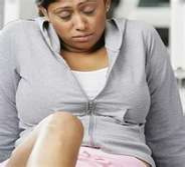 These tiny triangular shaped glands are located on top of the kidneys. Most of us recognize the association of the adrenal glands and the hormone adrenaline that is associated with the fight and flight reaction to stress. However, the adrenal glands do so much more than help us with just short term levels of stress. The adrenal glands modulate and influence so many aspects of our body metabolism. We will discuss these later in our article.

The adrenal glands are divided into two basic parts, the outer cortex and the inner portion called the medulla. The medulla is the portion that manufactures adrenalin also known as epinephrine and also produces norepinephrine. The medulla also has some interesting nerve connections to the sympathetic nervous system and is considered a glandular extension of the sympathetic nervous system.

The adrenal cortex is a little more complicated and produces three basic types of hormones. The first are called glucocorticoids that regulate blood sugar balance in the body and can effect energy levels significantly. Cortisol is the most influential on the body.

The next group are called mineralcorticoids and regulate mineral and blood pressure. Aldosterone being the most important.

Finally, the third group are steroid or sexual hormones. Some of these are DHEA, DHEA-S, Androstenedione and are important hormone precursors, effect aging and are involved with menopause.

Our adrenal glands respond to many stressors such as emotional, chemical and physical stress. Some examples of physical stress would be fighting off a cold, suffering a traumatic injury, lack of sleep, excessive or inappropriate exercise. Examples of chemical stress would be eating excessive amounts of white sugar, flour, alcohol and foods that cause a mild or delayed allergy or food sensitivity. Examples of mental stress could be our reaction to situations at home or at work, financial problems, divorce and etc.

The adrenals will demonstrate different ratios between cortisol and DHEA depending upon the status of the stress and the function of the adrenals. This can be measured by a salivary hormone test we have available at our office. This can help determine whether you are in the alarm, resistance or exhaustion stage of adrenal response to stress.

SIGNS AND SYMPTOMS OF ADRENAL STRESS

Lets list some of the symptoms associated with cortisol or glucocorticoid imbalance:

There are many symptoms associated with adrenal stress and this is due to the adrenals modulating effect on so many aspects of human physiology.

THE ADRENALS IMPACT ON HUMAN PHYSIOLOGY

BLOOD SUGAR IMBALANCE: Cortisol is the main adrenal hormone that effects blood sugar (glucose) levels. This is done by increasing production of glucose from fats and proteins and by breaking down stores of glucose in the form of glycogen that is found in your liver and muscles. When levels of cortisol decrease the body is incapable of adequately maintaining proper levels of glucose resulting in hypoglycemia.

Increased levels of cortisol causes a decreased sensitivity of your cells to insulin. Insulin is the main protein that allows the glucose to get into your cell. Essentially, under these conditions your pancreas has to produce more insulin to try to “force” the same glucose into the cell and there are other metabolic effects when insulin levels remain elevated. Some of these effects are a result of a condition called insulin resistance and was covered in an earlier newsletter.

EFFECTS ON THE THYROID: Elevated cortisol will suppress the conversion of the inactive thyroid hormone T4 into its active form called T3 primarily by the liver. It will also “block” proper metabolic stimulation of the cells by T3 leading to weight gain. Increased cortisol along with steroid hormones has a negative impact on a hormone released by your pituitary gland (master gland) that stimulates your thyroid called thyroid stimulating hormone or TSH. This results in weight gain, reduced sex drive, abnormal thirst, inability to eat sugar without symptoms and lack of menstruation.

LIVER DETOXIFICATION: Elevated levels of cortisol “ties up” many of the detoxification pathways of the liver. This does not allow the liver to efficiently detoxify other hormones or other substances in the body. The “congested “ liver usually results in acne or acne worse at menses, constipation, bloating, sensitivity to medications, skin blanching with pressure, and poor response to support with supplements or hormones (synthetic and bio-identical).

LEAKY GUT SYNDROME: Elevated levels of cortisol suppress the production of a protective protein produced by certain white blood cells that surround the lining of the digestive tract. This protein is called secretory IgA. Without this protective barrier you are more susceptible to overgrowth of yeast, “bad” bacteria and other microorganisms. This can lead to a lot of digestive symptoms if uncorrected.

IMMUNE SYSTEM: Elevated cortisol will decrease white cell count and reactivity, it will cause atrophy of the thymus gland and decrease levels of certain compounds released by white cells called cytokines. This results in a decreased ability to fight infections and leads to other immune imbalances.

STOMACH AND DUODENAL ULCERS: Once again elevated cortisol will “thin” the lining of these organs allowing ulcerations and infection with a bacteria called heliobactor pylori. This can result in chronic or reoccurring ulcers, gastic reflux or poor production of stomach acid resulting in poor digestion called hypochlorhydria.

OSTEOPOROSIS: Cortisol if elevated can lead to calcium malabsorption, decreased bone mineral density and resultant increased risk for fractures. Research is showing that cortisol effects the cells producing bone called osteoblasts and effects the production of important collagen fibers in the bone as well. So there is more than calcium and Vitamin D to bone density!

INSOMNIA: Many people who have problems going to sleep or unwinding at night suffer from abnormal elevated cortisol. Normally, cortisol should decrease in the evening,, if not, the cortisol stimulates the brain and nervous system. People who can go to sleep, but wake up in the middle of the night suffer from abnormally depressed levels of cortisol or poor storage of glucose reserves called glycogen. During the night the cortisol helps to keep glucose levels elevated, but if not another hormone epinephrine is relased to raise glucose levels. However, epinephrine will stimulate the brain causing you to awaken. Generally, these people also skip meals, crave sweets, use stimulants, and have low energy.

TESTING AND TREATING FOR ADRENAL STRESS

The adrenal glands have very profound effects on a wide variety of organs and physiological functions in the human body. It is crucial to rebalance them in order for the body to function properly and it is a major factor to correct with most patients in my office. A great tool to assess the adrenal function is to perform a full day salivary hormone test that consists of taking four separate samples at different times. This test will measure cortisol levels, DHEA, salivary IgA, insulin and other markers. We give you the test kit and you perform the test at home and mail it . Very simple and very accurate.

Additionally, we will perform an applied kinesiology assessment and review several other assessment forms to get a better clinical picture of your adrenal status. Certain blood tests are also of important value.

NUTRITION: Depending upon your findings and the extend of your adrenal imbalance certain diets, lifestyle changes and certain supplements will be recommended.

Often certain adaptogenic herbs that help to balance the hypothalamus, pituitary and adrenal axis (HPA axis) are utilized. Balancing these upper brain centers that influence the adrenals is vitally important. Some of these herbs are Ashwagandha, Siberian Ginseng, Rhodiola, Holybasil Leaf and Panax Ginseng.