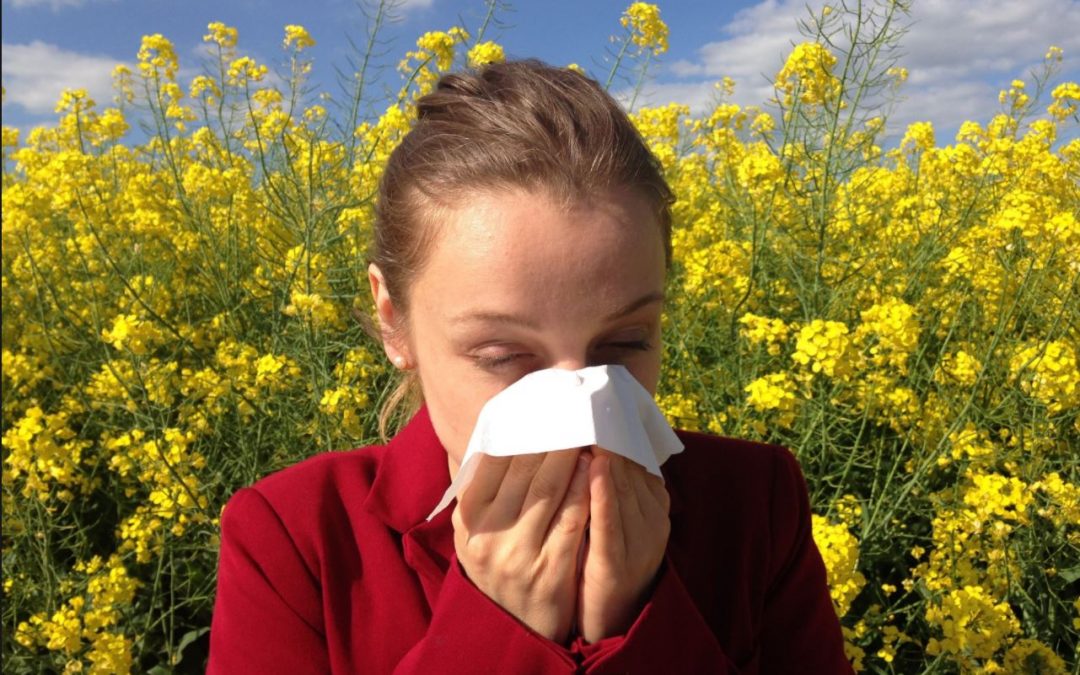 Most everyone has heard of antihistamines like Allegra, Benadryl, Claritin, and Zyrtec for addressing allergies and related symptoms. In addition, there is another class of antihistamines used for heartburn and gastric reflux such as, Axid, Pepcid, Tagamet and Zantac. Also, some antihistamines are used to cause sedation and prevent nausea or motion sickness, such as Benadryl, Chlor-Trimetron, Meclizine, Phenergan and Vistaril.

So, as you see antihistamines do have wide usage and effects on the human body. The reason for this is that there are small proteins found on the surface of many cells in the body that are called histamine receptors. When histamine reaches the receptor, it triggers a biochemical reaction within the cells.

Additionally, the highest concentrations of histamine are found in the skin, lungs, stomach, gastrointestinal tract and smaller amounts in the brain and heart. The largest number of receptors are found with smooth muscle, the lining of the blood vessels, brain and spinal cord. With respect to allergies, there are numerous receptors found on white blood cells called mast cells and basophils. 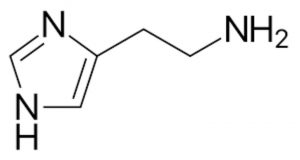 A histamine is a compound derived from an amino acid found in proteins called histidine. Histidine is converted to histamine by an enzyme called histidine decarboxylase. The histamine is stored inside cells, especially the mast cells and basophils which are associated with the “typical” allergy response that we are all familiar with.

However, in addition to causing allergies, histamine also acts as a neurotransmitter in the brain and spinal cord, regulates the production of stomach acid, affects permeability of blood vessels, affects blood pressure, affects sleep/wake cycles, causes itchiness, and is an important part of the immune response.

Our histamine levels are a combination of what is produced by the body itself and from outside sources such as foods, the bacterial content in our digestive tract and the influence of medications along with hormone fluctuations especially estrogen. This may explain why there are times we experience fluctuations in histamine related symptoms.

For example, it is in the middle of allergy season and one’s histamine levels are increasing. Many patients find that they are also reacting to different foods that they never reacted to before. Those patients may feel better if they have a diet that is lower in histamine. Of course, this is all related to the levels of histamine that a patient can tolerate.

Additionally, often times when one’s estrogen levels increase there is histamine sensitivity also increases. This explains some of the increase in histamine symptoms prior to the beginning of the menstrual cycle.

There is bacteria found in the human digestive system that can produce histamine from fermented protein foods we consume. So, if these levels of bacteria increase beyond what is normally suitable it can lead to excessive histamine production resulting in allergies and related symptoms. Furthermore, these bacteria are known to have the enzyme histidine decarboxylase that converts histidine to histamine. Research suggests that this excessive overgrowth of bacteria both in the small intestine (SIBO) and/or large intestine may lead to irritable bowel syndrome and increased asthma problems.

Therefore, a combination of proper motility of the digestive tract, (to “flush” the bacteria out), improved diet, probiotics and natural antibiotics may be required to reduce the bacterial levels. As a point of interest there is a type of food poisoning that often comes from non-fresh fish and shellfish called scombroid poisoning. Scombroid poisoning comes from the massive number of bacteria that convert a large amount of the histidine rich proteins found in these foods into histamine.

To start, some fermented foods can be helpful in restoring a proper bacterial balance in the digestive tract. However, if you have problems with elevated histamine a number of foods should be avoided.

Foods that are fermented can have increased histamine levels from bacteria action, such as:

Additionally, be aware of left-overs or other protein foods sitting in the refrigerator because these foods can still have bacteria that cause histamine production. Therefore, someone can have the same meal a day or two earlier and had no problems eating that food but, when eating the left-overs can experience a reaction. So, it is best to freeze your left-overs that are protein based sooner than later.

Spices have been found to cause histamine to release, such as:

Also food additives seem to stimulate histamine release, such as:

An allergic reaction is an immune reaction that requires certain white blood cells such as mast cells and basophils. To have an allergic reaction, a protein called an antibody must attach to the surface of the mast cell and basophil. More specifically the antibody called immunoglobulin E or IgE prepares these cells to release their inner contents such as histamine and other compounds. To complete the process, another protein called an antigen attaches to the IgE antibody.

Some examples of antigens are pollens, dust particles, and certain foods. When the antigen, attaches to the IgE it immediately triggers these cells to release the stored histamine and other compounds resulting in an allergic reaction that we are all familiar with.

How does the body regulate histamine levels?

Once histamine is released there are two enzymes that breakdown histamine, the first is called histamine N-methyltransferase (HMT) and the second is diamine oxidase (DAO).

DAO is found largely in the intestinal tract, thymus, kidney and in the placenta during pregnancy. It is secreted by the lining of the small intestine when foods that contain histamine are detected. As a result, the DAO immediately begins to deactivate and breakdown histamine.

Unfortunately, the lack of DAO allows more histamine to pass through the intestines and enters the blood stream. It has been found that normal histamine levels in the blood stream are between 0.3-1.0 ng/ml. Symptoms often occur throughout the body once these levels go above 1.0 ng/ml. Furthermore, increased usage of aspirin, NSAID’s like Ibuprofen, alcohol, certain diuretics, antibiotics and some antidepressants will decrease DAO levels both in the body and within the small intestine.

For those who need it there are oral supplement forms of DAO that can be taken to increase DAO levels. However, the oral DAO only increases levels inside the small intestine and cannot pass into the bloodstream to circulate throughout the body. Additionally, DAO production can be increased by taking vitamin C, vitamin B6 and sometimes taking copper. Also. it is suspected that olive oil can increase DAO along with fresh raw cashews, macadamias, hemp seeds, lamb, chicken, veal and duck.

In closing, histamine intolerance can play a large role in several symptoms and health conditions. Sadly, elevated histamine often goes undetected and the root cause of histamine increases are ignored. At our office, blood tests can be used to detect excessive histamine and low DAO. Also, a specialized  breath test, as well as stool testing can be done to check for excessive bacterial overgrowth. Last, we may use applied kinesiological testing to help detect foods and other factors contributing to histamine intolerance and allergies.

Call our office for additional information about tests, diet, and supplementation.