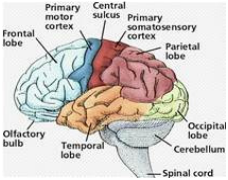 This blog is more of an introduction to brain degeneration and the consequences of brain degeneration such as Alzheimer’s, memory loss, autism, Parkinson’s, multiple sclerosis and many other brain/nervous system disorders. It is important to understand that many of these brain/ nervous disorders that appear to be distinct and different often share the same common origins. In this newsletter we will discuss the common origins of brain degeneration and in subsequent newsletters address more specific disorders of the brain/nervous system. We will not go into detail about Alzheimer’s, memory loss and autism specifically.

Alzheimer’s is the leading cause of dementia. It is defined as a progressive, degenerative disorder attacking the neurons of the brain that usually results in loss of memory, changes in thinking, language and behavioral skills . It also accompanied by deposits of a protein around the nerves called beta-amyloid and fibrils found inside the cells called neurofibrillary tangles. The degenerative changes usually occur in the cerebral cortex and the hippocampus. The changes in thinking, language and behavior occur in the cerebral cortex and memory changes in hippocampus.

Some statistics from the Alzheimer’s Association:

Autism is not a degenerative disease but a neurological developmental disease. There is a group of diseases that are related that are called autism spectrum disorders. This would include Asperger’s syndrome. Autism is characterized by significant social, communication and behavioral abnormalities. Many of the symptoms of autism become more apparent at 18 to 24 months of age. However, there may be hints of autistic behavior within the first few months of life.

Some statistics from the Autism Society:

THE BRAIN AND SYMPTOMS OF DYSFUNCTION

FRONTAL LOBE: This is the largest lobe in the brain and distinguishes us form other animals. This lobe is the center of our personality. Dysfunction of this area results in: depression, poor social behavior and judgment, poor impulse control, poor handwriting, slower movement of muscles, mental sluggishness and laziness, poor cognitive skills like math and planning skills, poor/slow learning skills like math, new languages or philosophy and poor muscle-coordination such as dancing or playing sports.

TEMPORAL LOBES: These areas on located on either side of the brain and are responsible for hearing, speech, memory, emotional responses and distinguishing smells. Dysfunction of this area results in: poor memory, difficulty hearing with background noise, episodes of tinnitus, abnormal shifts of fatigue in the day and ongoing episodes of insomnia.

PARIETAL LOBES: This area of the brain is primarily involved with perception and interpretation of sensations. Dysfunction of this area results in: feeling unstable in darkness or with wearing high heels or platform shoes, misjudging your body in response to your environment, unable to recognize objects through touch, difficulty noting where your limbs are and becoming prone to falls and sprains.

OCCIPITAL LOBE: This area is located at the back of the brain and is responsible for visual input and interpretation. Dysfunction of the area results in: difficulty recognizing shapes, colors and motion, visual hallucinations, visual floaters, reoccurrence or persistent visual image after it has been removed.

CEREBELLUM: This area of the brain coordinates muscular movement. Dysfunction of this area results in: episodes of dizziness and vertigo, nausea from visual inputs, poor balance, subtle shakes at the end of muscle movement.

BRAIN STEM: This area is located just above the spinal cord and bottom of the skull. It contains centers for the autonomic nervous system which is divided into the sympathetic and parasympathetic system. This system runs your organs, blood vessel,, glands and other bodily functions without your awareness. Dysfunction in this area can result in: poor digestion, elevated blood pressure, elevated heart rate, decreased tear, saliva and mucous, decreased smell, taste, dry eyes, vaginal dryness, incontinence, erectile dysfunction, chronic nail fungus and much more.

We will first discuss some vey basic factors that are essential for proper brain health and development. The first is oxygen. The brain is a highly vascular organ and has one of the highest demands for oxygen. The cerebral cortical areas or lobes mentioned above are the neurons that use the most oxygen. That is why with decreased oxygen we begin to first lose mental alertness. Proper energy production does not occur without good levels of oxygen. This is one of the reasons why exercise is so beneficial especially those of us spending hours in front of a computer or video gaming. Some other signs of poor oxygen would be cold hands/feet, chronic nail fungus, weak nails and muscle cramping in the hands or feet.

The next basic requirement is glucose or blood sugar. The brain and other neurons rely exclusively upon glucose levels for their energy source. The brain cannot use fats or proteins for energy unlike other organs in the body. The brain uses about 1/3 of all the glucose in the blood.

Another basic requirement is proper brain stimulation. Without proper stimulation the communication ability or synaptic activity decreases between the neurons in the brain. As an example, if someone prefers to watch Netflix movies rather than read, when they attempt to read for any length of time they quickly become fatigued or develop a headache. This is from “wearing out” weakened neural pathways and the neurons are not use to this stimulation. In time if this patient’s diet is noninflammatory and is taking the correct supplementation they can recover their mental abilities and improve neurotransmitter production.

Another interesting factor with proper stimulation is that this encourages additional branching of the nerve endings. This creates new connections and speeds up neural communication. The additional branching results in what is called neural plasticity. Activities to stimulate the brain and increase positive plasticity are, reading, crossword puzzles, playing cards or games that make you think, listening or playing music, yoga, playing sports, having creative hobbies, social interaction, massage, aromatherapy acupuncture and yes … chiropractic treatment!

Proper hormone levels significantly improve brain function. There are a number of receptor sites on neurons that respond to hormones such as estrogen, testosterone, progesterone, DHEA and thyroid hormones. Imbalanced hormones can cause improper neurotransmitter activity and can effect the way you feel, function and your outlook on life. Hormonal imbalance will lead to brain inflammation, degeneration and considerably speed the aging of your brain. People who are on statin or cholesterol lowering medication should be aware that lowered cholesterol can have enormous effects on proper hormonal production and may directly decrease brain function as well. Recent studies have made a connection between statins and memory loss and other cognitive abilities.

Balanced neurotransmitter production, stimulation and breakdown. A good example is making sure there is adequate acetylcholine production especially in the area of the brain called the hippocampus. This is the area most area effected by Alzheimer’s as this effects conversion of shortterm to long-term memory. Having a “senior moment” or forgetting things can be an early warning sign of hippocampus dysfunction.

Just like other organs, the brain can experience inflammatory changes. The type of inflammation we are discussing here is on a biochemical and cellular level and not due to major head trauma. On a cellular level it is important to note that one of the major cells in the brain responsible for inflammation is called a microglia cell. There are 10 microglia cells for every single neuron.

One of the biggest problems leading to brain inflammation is a “breakdown” of the special barrier in the brain that is called the blood-brain barrier. This barrier is formed by special tight connections between capillary/arteriole cells and nerves called astrocytes. These cells normally selectively allow only certain compounds to reach the brain neurons. However, certain toxins and other compounds will weaken this normally protective barrier. Once this happens this allows the microglia to react to these compounds and cause a cascade of inflammation and destruction of the neurons.

One of the worst offenders are antibodies formed at the level of the gut and brain .The antibodies are formed against proteins found in gluten or gluten like grains such as wheat, barley, rye, spelt and sometimes oats. Avoidance of these foods and healing the leaky gut and blood-brain barrier is absolutely necessary.

NATURAL TREATMENTS TO GET YOUR BRAIN BACK

The keys to getting your brain back is to improve oxygen delivery, balance your blood sugar, balance your hormonal system, decrease inflammation, reduce stress, get proper brain stimulation and restore normal neurotransmitter balance. So, there is certainly a number of factors that effect your brain development and prevent further neural degeneration. It is not realistic to think that taking one pill will resolve the problem, there may be several supplements required. It is equally unrealistic to expect years of changes can be corrected overnight. However, there are a number of patients who do begin to notice positive changes in a very short time.

I wish to point out that many patients demonstrate very clear signs of neurotransmitter imbalances and would benefit from taking different herbal or other supplementation to improve neurotransmitter activity. However, some people will take these supplements and actually have an opposite reaction, or become intensely fatigued . This is due to the very poor state of the neurons. These neurons are operating on very low energy production and their threshold sensitivity is increased. Therefore, any biochemical stimulus is not handled well by the neurons.. Yet, the neurons are still in desperate need of support. In these situations it is imperative that the focus be placed on reducing the brain inflammation and using smaller amounts of supplements for neurotransmitter balance.

There are specific supplements we use for the various neurotransmitters. There are others to balance blood sugar, improve oxygenation to the brain, and for reduction of inflammation. Balancing the liver with supplementation and proper diet is very important. The liver modulates the immune system, detoxifies toxins, balances blood sugar, regulates hormones and much more. Repairing and normalizing a leaky gut along with the blood -brain barrier are also essential to getting your brain back naturally.