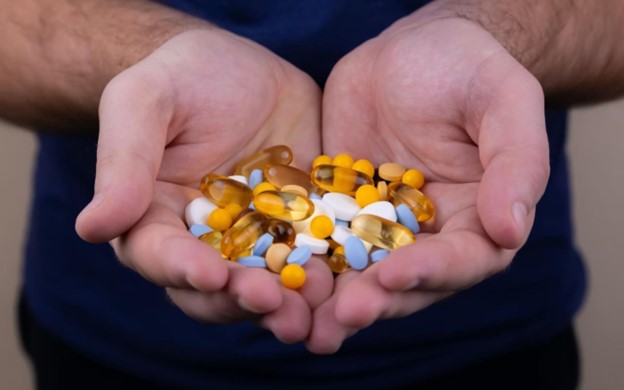 We just recently discussed some of the very important fundamentals to having a strong, resilient, and adaptable immune system. In this newsletter we bring you some of the latest information about various vitamins, minerals, antioxidants, herbals, phytonutrients, and other nutrients that can play an important role in bolstering and balancing immune system function.

Please keep in mind, there is no specific protocol of nutrients that provides a guaranteed improvement in immunity and not everyone’s nutritional needs are the same. However, this is more of a guideline to improve your immunity. It will also help you better understand the need for specific nutrients and why they work.

The Three Main Components of the Immune System

First, let us break down the immune system into three parts to draw some distinctions of function and the nutritional components frequently associated with each of these parts.

Natural barriers consists of your skin and dermis, and the mucous membranes that line your respiratory and digestive tract. Included are stomach acid, pancreatic and intestinal enzymes which break down viruses, bacteria, fungi, parasites, and other foreign proteins.

Additionally, the natural existing microflora or microbiome found in the mouth, digestive tract, and respiratory tract are all natural barriers. These microorganisms act as your body’s natural defense and can “warn” your immune system of potential invaders.

Often referred to as your general defense system. It consists mostly of certain white blood cells such as neutrophils, eosinophils, basophils, macrophages, and monocytes. You may have noticed some of these listed when you have a “regular” blood test performed.

Regularly referred to as your specific defense system it consists of white blood cells known as your T and B Lymphocytes. Your B lymphocytes/plasma cells are the cells responsible for producing antibodies. They are also responsible for producing the first line of defense antibodies found on the lining of your respiratory and digestive tract called secretory IgA or sIgA (for more information regarding sIgA, read our previous newsletters on the immune system).

Your T cells help to regulate other parts of the immune system and regulate inflammatory activities. Moreover, T cells release many different compounds, some of which you may have heard of, known as cytokines.

Also known as retinoic acid, vitamin A is important for proper health and development of our natural barriers, innate, and acquired immune system. Vitamin A maintains the strength and integrity of the epithelial cells, which make up your skin, eyes, and the lining of your respiratory and digestive tract. It also inhibits inflammatory activities, improves neutrophil, natural killer cells, T cell migration, and helps in T cell regulation.

Vitamin B1 (thiamine), Vitamin B2 (riboflavin), Vitamin B3 (nicotinic acid or niacin), Vitamin B5 (pantothenic acid), and Vitamin B7 (biotin) are critical in proper immune response. B vitamins are crucial for proper energy production in the immune cells. The relationship between energy production and immunity, a relatively new area of study, is know as immunometabolism.

In addition, vitamins B3, B5 and B7 help to inhibit the production of inflammatory cytokines. Also, vitamin B5 helps to improve the epithelial barrier (lining) function on the skin, intestines, urinary and respiratory tract.

Vitamin B9 (folate) – plays a significant role in regulating both innate and acquired/humoral immune system responses (antibody production). It is also vital in the production of glutathione, a major anti-inflammatory and antioxidant in your body. Vitamin B9 plays a role in preventing viral “docking” onto the cells, preventing viral entry and inhibiting furin. People with certain genetic variants need to obtain a “methylated” form of folate for the folate to be used efficiently. You can read more about the importance of methylation on our blog here.

Vitamin B12 (cobalamin) – helps modulate the function of T lymphocytes, NK cells and production of antibodies. Just like Vitamin B9, some genetically predisposed people are better off taking a methylated Vitamin B12 called methyl cobalamin. A person may also be deficient in Vitamin B12 if they drink a significant amount of alcohol, if they are following a strict vegan diet, or if they take metformin or protein pump inhibitors like omeprazole for heartburn and gastric reflux.

Mostly everybody has heard that vitamin C benefits the immune system. But how? Vitamin C helps improve the epithelial barriers mentioned above. It also enhances the ability of innate immune cells to engulf and destroy pathogens such as viruses, bacteria, fungi, and other microorganisms. Additionally, it helps to reduce inflammation and is a strong antioxidant.

Vitamin C helps the immune system to clean up after an infection or encountering allergens and/or toxins. Likewise, it helps the development and proliferation of T and B lymphocytes and reduces excessive inflammation due to cytokine activity. Furthermore, vitamin C speeds the migration of immune cells to the site(s) of infection and assists in the repair of damaged tissue after severe inflammation or infection.

The discussion here is about the active form, which is Vitamin D3 (cholecalciferol). Most immune cells have vitamin D receptors. Vitamin D3 plays a major role in regulating and modulating your entire immune system. It is essential for keeping the natural barriers healthy and strong, especially the intestinal lining. Like other vitamins, it too decreases inflammatory cytokines. Additionally, vitamin D3 helps to produce two antimicrobials: cathelicidin and defensin.

Vitamin E is well known for its antioxidant properties. It is normally found in higher concentrations within the immune cells compared to other cells in the body. It particularly has a greater effect in improving immunity in the elderly. Vitamin E has profound effects on T lymphocytes, both modulating and improving their response. Furthermore, vitamin E reduces oxidative damage during and after an immune response.

Due to the antioxidant function of vitamin E, it keeps the membranes of the immune cells healthy so they can respond appropriately. Vitamin E assists in the reduction of pro-inflammatory cytokines and other compounds called prostaglandins. Although much of the research has been done with only one part of the Vitamin E complex, alpha-tocopherol, newer studies have found the other tocopherols have beneficial effects on immunity, as well. Thus, showing that a natural vitamin E tocopherol mix appears more effective than the synthetic alpha-tocopherol alone. 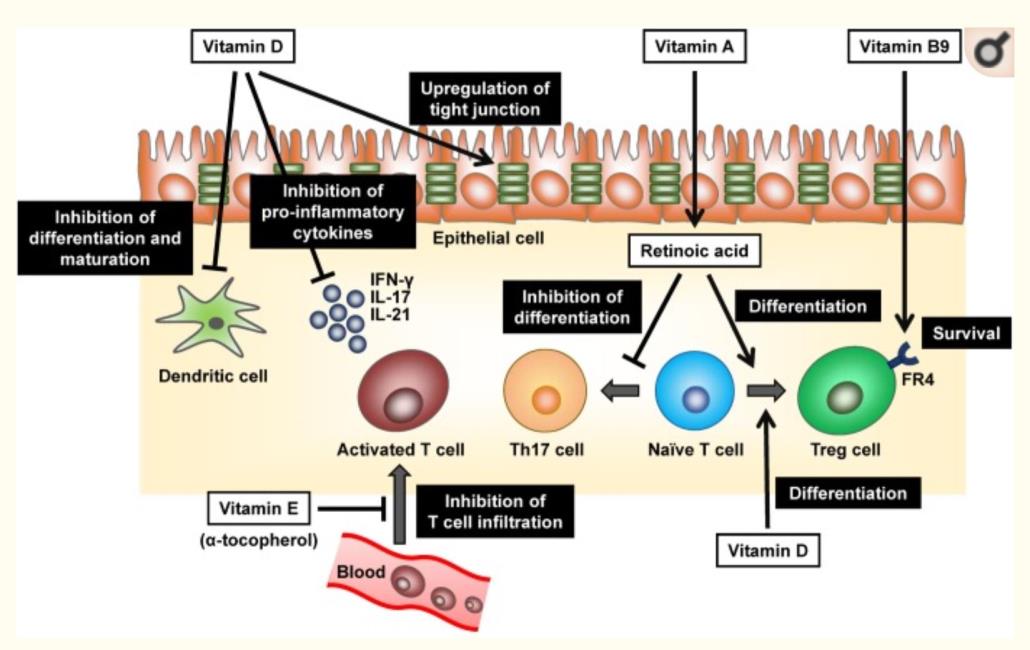 In conclusion, we have established a basic understanding of some the components of the immune system and their roles. Additionally, we have gone through some of the main vitamins and their roles regarding immunity. In our next newsletter, we will cover minerals, antioxidants, and nutrients that are important in maintaining a healthy and robust immune system.

As always, if you have any further questions regarding immunity or the Micronutrient test or wish to set a functional medicine appointment to be evaluated, contact my office at: (480) 732-0911. My team and I, look forward to helping you improve your health and immunity, naturally.