Can Gluten Cause Pain and Inflammation? 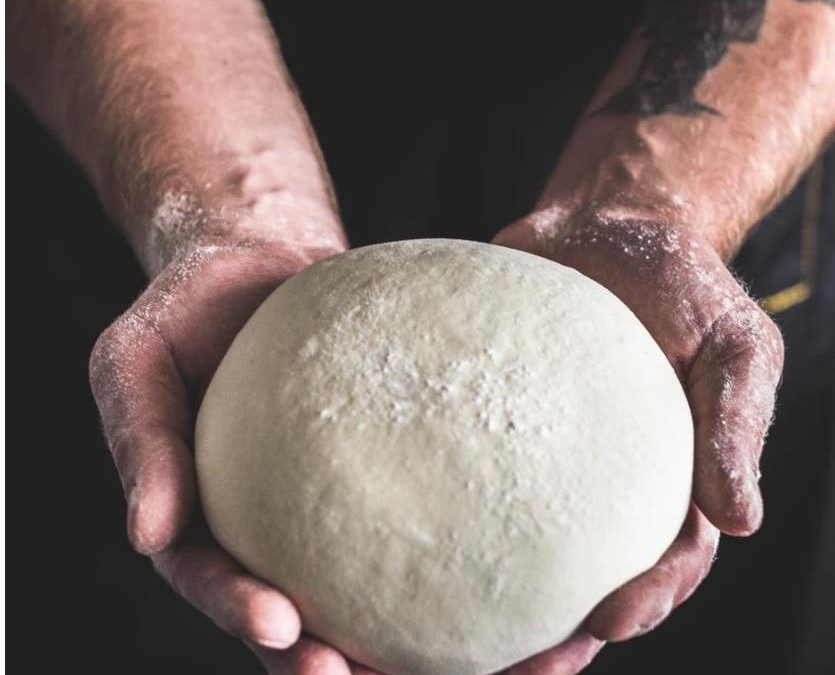 Does gluten really have a significant impact on the body, and can it potentially cause a lot of health issues and inflammation? Isn’t gluten just a problem if someone has celiac disease? What exactly is gluten and what foods contain it? Why has gluten become such a hot topic? Is it necessary to become gluten free? What does eating gluten-free look like? In our next series of newsletters, we will dive into these questions and clear up some of the misinformation and misunderstanding regarding gluten. There is a lot that you may have never known about gluten and the health implications!

The true meaning of gluten refers to the storage protein portion found in all grains and not strictly related to wheat only. The main proteins found in all grains are called prolamins and glutenins. Gluten in Latin means glue and these two main protein groups give the dough its desirable adhesive and elastic consistency. However, most people and researchers use the term gluten in reference only to proteins found in wheat, barley, rye and sometimes oats. The type of wheat gluten that has been studied the most is called alpha gliadin. However, it is estimated that there are roughly 45 different prolamins/glutenins found in a single wheat variety. Many of these prolamins/glutenins have not been studied thoroughly but new research shows they influence the human body and immune system as well. It is also true that researchers have identified many other glutens found in grains such as corn and rice that may affect the immune system and body.

Below is a list of some of these glutens. 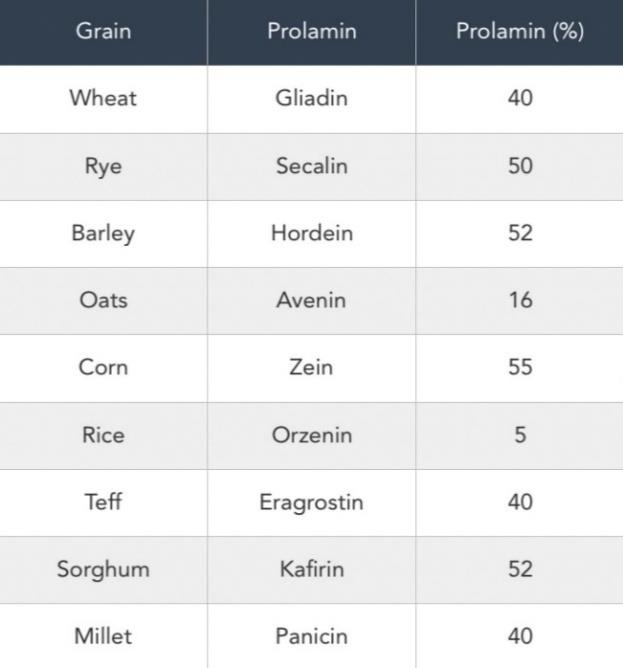 So, it should be remembered that when something is labelled glutenfree you should assume the product is free of glutens derived from wheat, barley, and rye. However, it may contain gluten from other grains such as corn, rice, oats, sorghum, millet, spelt and teff. Additionally, be aware that gluten free products can be contaminated with wheat gluten.

There is also research pointing out there potentially can be an immune system response to what are referred to as pseudo grains. Pseudo grains such as amaranth, buckwheat and quinoa contain gluten-like proteins. Like other products, these pseudo grains can be cross contaminated with gluten from facilities that also process true grains.

So Why is Gluten a Problem?

These storage proteins (mostly gluten) along with the other compounds, can be slightly toxic, contain “antinutrients” and they are inherently difficult to digest. These partially broken-down protein fragments from glutens are the culprits behind causing leaky gut and creating an immune system response. The immune response is largely affected by genetic influences on the immune cells.

The response to gluten is also affected by the amount of gluten and type of gluten consumed, proper production of digestive enzymes, integrity of the lining of the digestive tract, proper gut microbiome, nutritional status, proper adrenal function, good neural stimulation to the digestive tract, hormonal balance, and other factors.

Other Compounds that Create an Immune Response:

Another storage protein that has been shown to cause intestinal inflammation and an immune response is called amylase-trypsin inhibitors (ATIs). Although ATI makes up only 4% of the total protein, it has a significant impact. Another glutenin studied that also may cause an immune system response is called wheat germ agglutinin or WGA.

Furthermore, scientist have found that WGA may bind to cartilage and other connective tissues. A non-gluten storage protein that may cause immune problems is called Glo-3A. So, there are many proteins that can potentially create immune responses and inflammation.

It is suspected that new gluten proteins have emerged because of modern agricultural practices and the genetic alterations of various grains. These changes may be enough to alter the human immune response.

Additionally, the usage of various pesticides, herbicides and fungicides may also form unique compounds that can create an exaggerated immune response and contribute to damage to the lining of the digestive system resulting in a leaky gut.

Gluten can potentially be part of many health issues and should be seriously considered if no other underlying cause of symptoms or health issues has been determined.

For the sake of simplicity, we will divide the categories of involvement based on major symptoms and this is not by all means a complete list.

As you can see gluten can affect your entire body and potentially can have widespread affects and symptoms. This is an especially important issue that should be considered with unresolved health issues.

Gluten sensitivity/reactivity is not just confined to the digestive tract. It is much more widespread and an important contributor to ill health in other areas of the body.

In our next newsletter we will discuss gluten sensitivity, gluten allergy/intolerance, and Celiac disease. Understanding these differences may give you a better idea of what can be done to help. We will also begin to explore what a true gluten free diet means because many of us believe eating gluten-free products is the answer.

If you have any questions or would like to make an appointment to discuss some of your health issues or see if gluten could be a problem, call my office at: (480) 732-0911 where my staff is happy to assist you.