Immunity and Your Gut 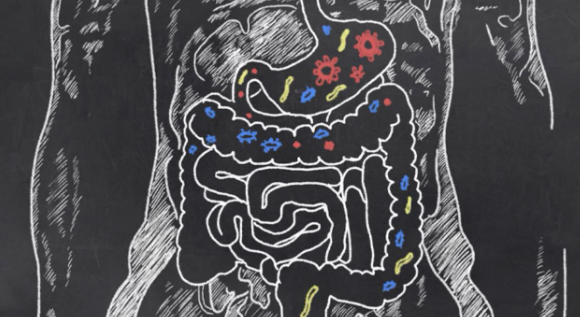 You might say that your gut is your immune system! It is estimated that approximately 70% of your entire immune system resides in the lining of your digestive tract/gut.  In our previous newsletter, we listed the other major immune organs and how stress influences these immune organs.

Well, your gut is no exception to this and can be influenced by stress hormones such as cortisol, adrenaline and noradrenaline. Additionally, it has been found that these stress hormones as well as other hormones and chemical messengers can influence your digestive lining and the microflora found along the lining of your digestive tract especially in the large and small intestine.

Your digestive system goes beyond just digesting your food.  It has tremendous influence on the rest of the immune sytem and inflammatory changes throughout your entire body and brain!

The entire digestive tract is involved with the immunity of your body from your mouth to your rectal area.  However, we will focus on the small intestine in particular as this is the area heavily invested with immune cells and immune function. Most of the immune function of the small intestine is found in the last portion called the ileum.  The lumen is the area the area of the intestines that contains the contents of your what you have eaten.

The lining of the intestines is referred to as the mucosa and contains mostly a single layer of cells called enterocytes. They are held together by tough proteins that are called tight junctions. These enterocytes are also covered with a layer of protective mucous produced by goblet cells. There are other cells embedded in the lining called M cells, dendritic cells and macrophages. These cells detect and sense the contents of the lumen. They then pass this “information” on to the large contingent of immune cells (also known as white blood cells) called  B and T-lymhocytes, monocytes, macrophages, neutophils, eosinophils and basophils found in an area called the lamina propria.  Refer to the diagram below: 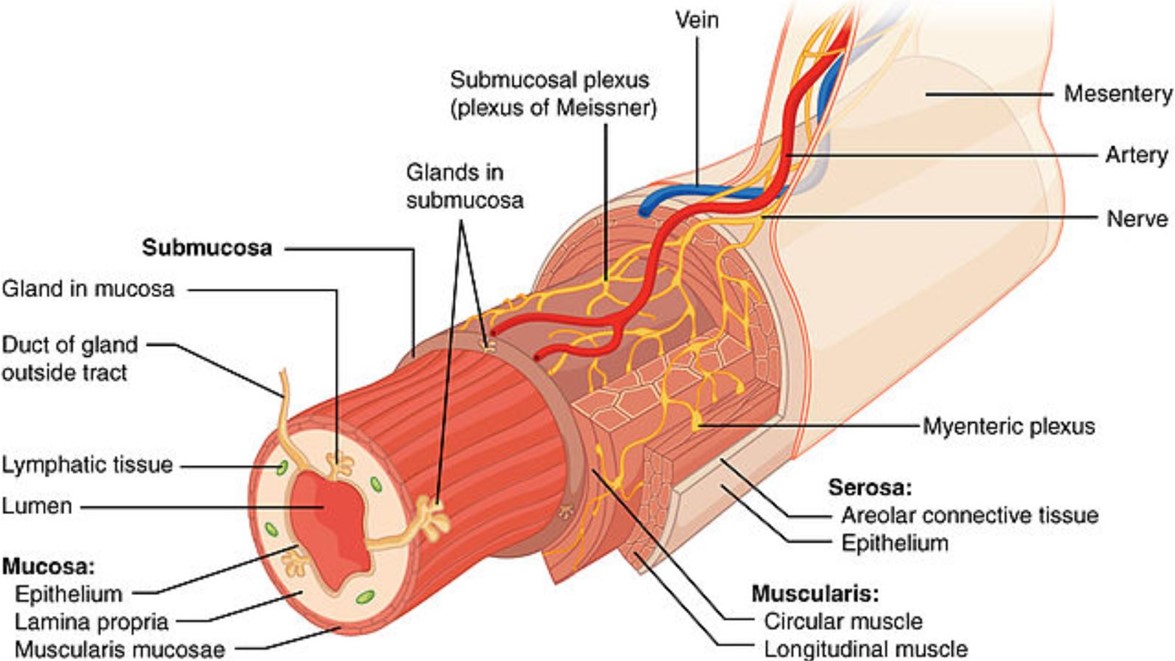 The area that is most important regarding immunity is the mucosa and the contents of the lamina propria.  There are also concentrations of lymphoid tissue and many immune cells especially B lymphocytes (plasma cell) in areas called Peyer’s patches. See below: 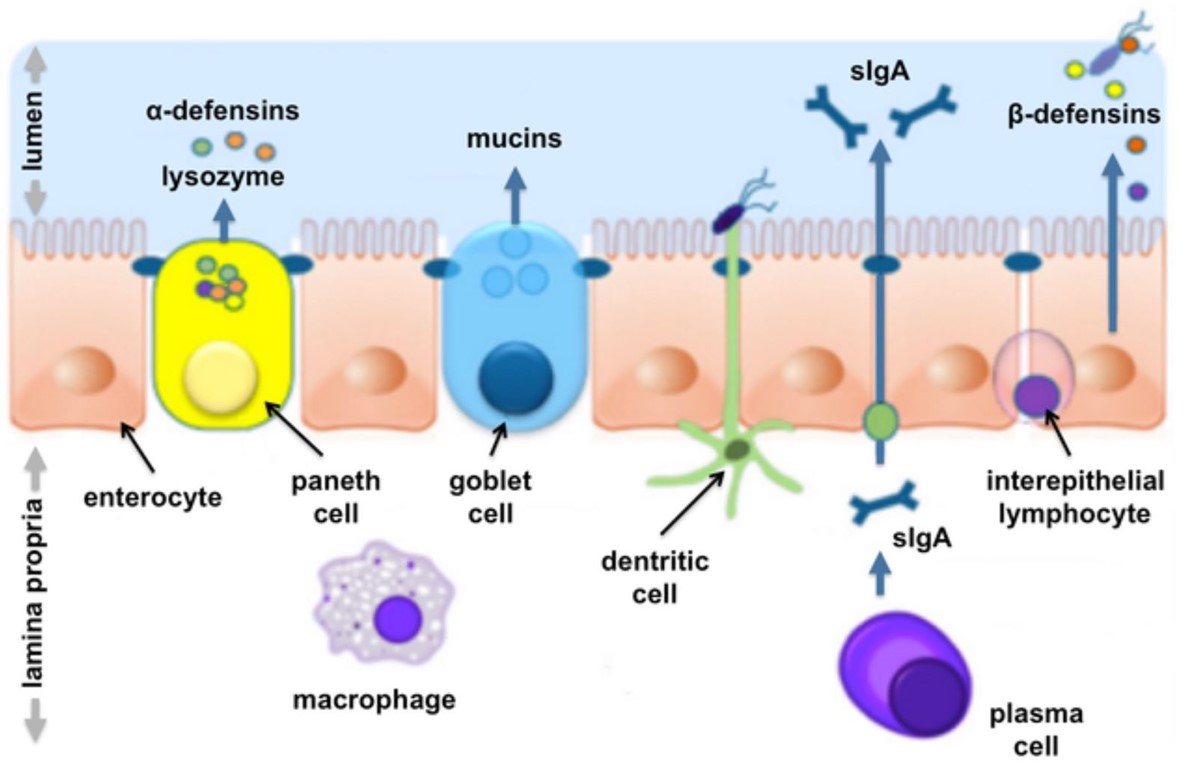 Peyer’s patches are concentrated in the lower part of the small intestine.  Many of the plasma cells, along with epithelial cells, produce an important protective antibody called secretory IgA (sIgA).  This antibody acts as a protective coating.  It often neutralizes viruses, bacteria, fungi, other pathogens, and other proteins. Many of these cells previously mentioned can enter the lymphatic and some into the blood circulation to be spread in the body and interact with other immune cells.

Many of these cells in the lamina propria also release important chemical messengers called cytokines and chemokines that spread throughout the body.  These compounds can cause inflammatory reactions throughout the body.  The activation of these cells, along with the associated cytokine release can spread inflammatory changes in the body can be caused by what is known as a leaky gut or more appropriately intestinal hyperpermeability.

Some Health Problems Associated with this Immune Dysfunction:

The list above is certainly not complete, and research has been finding more and more health-related problems that are associated with dysfunction of the gut.  Again, the reason behind this is that 70-80%  of the entire immune system that is embedded in the gut and it can exert its influence  throughout the entire body.

The Importance of the Microbiome

To begin, what is the microbiome, and how does it get there?  The  microbiome is found along the mucous layer of the gut.   It is made up of an abundance of mostly bacteria along with fungi/yeast, archaea, protozoans, and viruses.  The typical microbiome can weigh about 4 pounds in an average adult.  The abundance of the bacteria progressively increases  as you approach and enter the large intestine, but it is found throughout the digestive system including the mouth.

The Importance of Secretory IgA (sIgA)

This antibody is normally produced in large amounts along the lining of your digestive system and is considered the “first line of defense” against any invading viruses, bacteria, fungi/yeast, microorganisms, food antigens  and other toxins.  The sIgA binds with microorganisms and toxins and removes them in the mucous layer and into the lumen for elimination in your feces.  Secretory IgA also binds and “neutralizes” toxins from foods and microorganisms for elimination and prevents them from causing immune and/or allergic responses thus reducing digestive complaints and food sensitivities.  Secretory IgA acts to protect the tight junctions and lining from potential inflammation and damage. 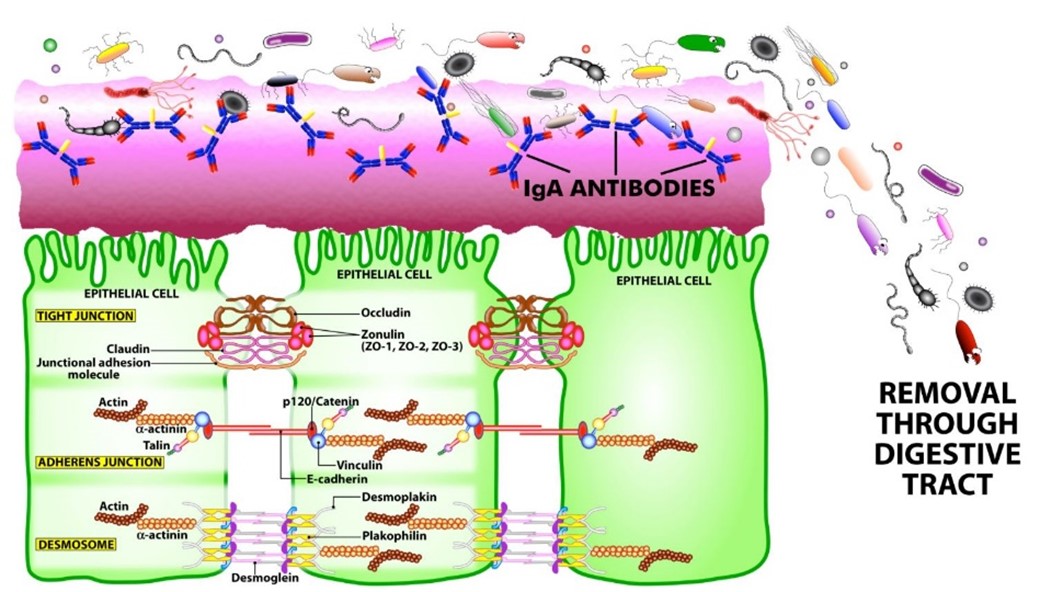 The levels of sIgA can be affected by poor adrenal gland function, stress, chronic infections and usage of hydrocortisone and steroid medications.  To improve levels of it is essential to restore proper adrenal gland function and remove any chronic infections such as viral, yeast/candida, SIBO, sinus, tooth/gums, and others.  Other things to help restore proper sIgA levels:

How to Improve your Gut and Immunity

First, there are tests that can be performed in our office to evaluate your adrenal gland function,  evaluate for food sensitivities, measure sIgA levels ,assess the health of your microbiome, check for bacterial/yeast overgrowth and other factors affecting your digestive tract. Based on these findings we can make diet suggestions, recommend proper supplementation, stress reduction and exercise.

Here are Some General Suggestions to Help Improve your Gut:

Eat plenty of fiber rich foods as they act as prebiotics and help the microbiome. Here are some examples:

This was a long newsletter, but it is an especially important topic and it is now just beginning to get traction on social media and with other health experts. The amount of research is enormous and the connections between the gut, immune system, brain and for that matter the rest of your bodies health is being revealed by the continued research.

Speaking of which… the next newsletter will address the more recently discovered connection between your gut and osteoarthritis.  Some of the researchers suspect this may be one of the major causes of degenerative arthritis or “old-age” arthritis.

If you have any further questions or would like to make an appointment, please do not hesitate to contact us at: (480) 732-0911.