How Stress and Mineral Imbalance Affects The Thyroid! 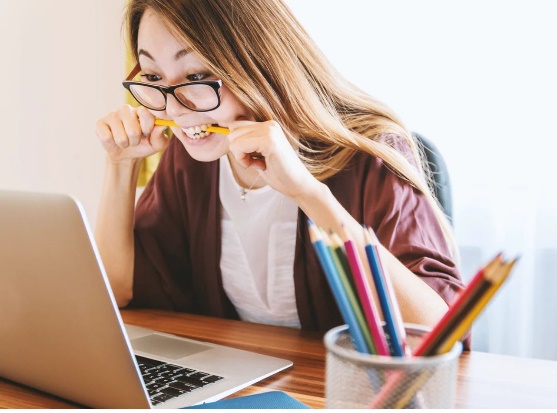 We recently discussed the effects of gluten regarding autoimmune thyroid also known as Hashimoto’s thyroiditis. It is clear gluten can lead to increased destruction of the thyroid resulting in hypothyroid (low) function. However, there are several other factors that can lead to low thyroid function and improper cell stimulation resulting in widespread lowered metabolic function, causing obesity, lower body temperature, sensitivity to cold, generalized anxiety disorder, panic attacks, migraines, insomnia, joint pains, muscle stiffness, irritable bowel syndrome, carpal tunnel syndrome, depression and it was also found that 75% of those with premenstrual syndrome have lower functioning thyroid. Let us explore some of these other factors.

There is a tremendous interaction between adrenal gland function and the thyroid function. There is truly NO ADEQUATE CORRECTION of thyroid issues without addressing adrenal issues. Cortisol which is one of the main stress related hormones released by the adrenals have their effects on thyroid functioning starting in the brain, more specifically the hypothalamus, all the way to the nucleus of the cell where thyroid hormone T3 has its final effects. 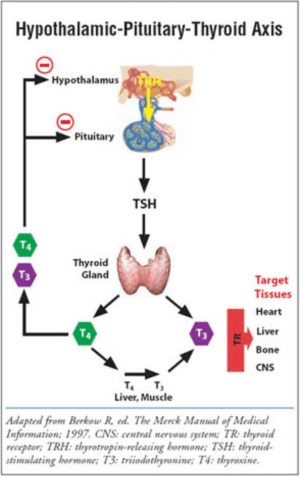 Iodine – is a key mineral/element that is a major component of the thyroid hormone itself. It well known that iodine is highly concentrated by the thyroid gland but can also be found in the prostate, testicles, breast tissue and ovaries.

Additionally, you may have heard of thyroid hormones T4 and T3. T3 is the active form of the thyroid hormones and contains 3 iodine molecules thus being called T3. Whereas T4 contains 4 iodine molecules and goes through a process of conversion into the active form via some important enzymes, they are called deiodinases. They are concentrated in the liver and gut but are found in almost every single cell in the body.

Iodine is also important to maintain the proper structure of the thyroid and lacking iodine can lead to a goiter and nodulations. Iodine also helps to displace other compounds called halides such as fluorine, chloride and bromine that can be incorporated into T4 and T3 causing improper thyroid hormone function.

Many of these halides can come from our foods, beverages, toothpaste, and from environmental exposure (more on this in a future newsletter). Excessive iodine can sometimes cause increased autoimmune destruction of the thyroid, but this is probably due to the lack of other antioxidants, poor diet, or lack of other minerals, especially selenium.

Selenium – is the next important mineral as it is a key component of a group of enzymes called deiodinases. Without adequate amounts of selenium, the important function of balancing T4 to T3 conversion or production of a “reserve” T3 known as reverse T3 (rT3) is completely out of balance. Selenium also plays an important part in decreasing inflammation by participating in antioxidant activity.

Some sources of Selenium – Brazil nuts, seafoods, ham, beef, turkey, chicken, cottage cheese, rice, spinach, lentils. One of the riches sources is Brazil nuts and the list above is listed in descending order of selenium content.

Zinc – is involved in enzyme activity and production of thyroid hormones T4 and T3. It also plays an important role in reducing inflammation, decreasing thyroid antibodies, and antioxidant production.

Iron – this is a critical mineral as it is part of one of the major enzymes involved in thyroid hormone production called thyroid peroxidase.

Copper – the exact function is not completely understood but those with low thyroid function have been found to have inadequate copper levels.

Manganese – this seems to play a role in decreasing inflammation and improving antioxidant activity. 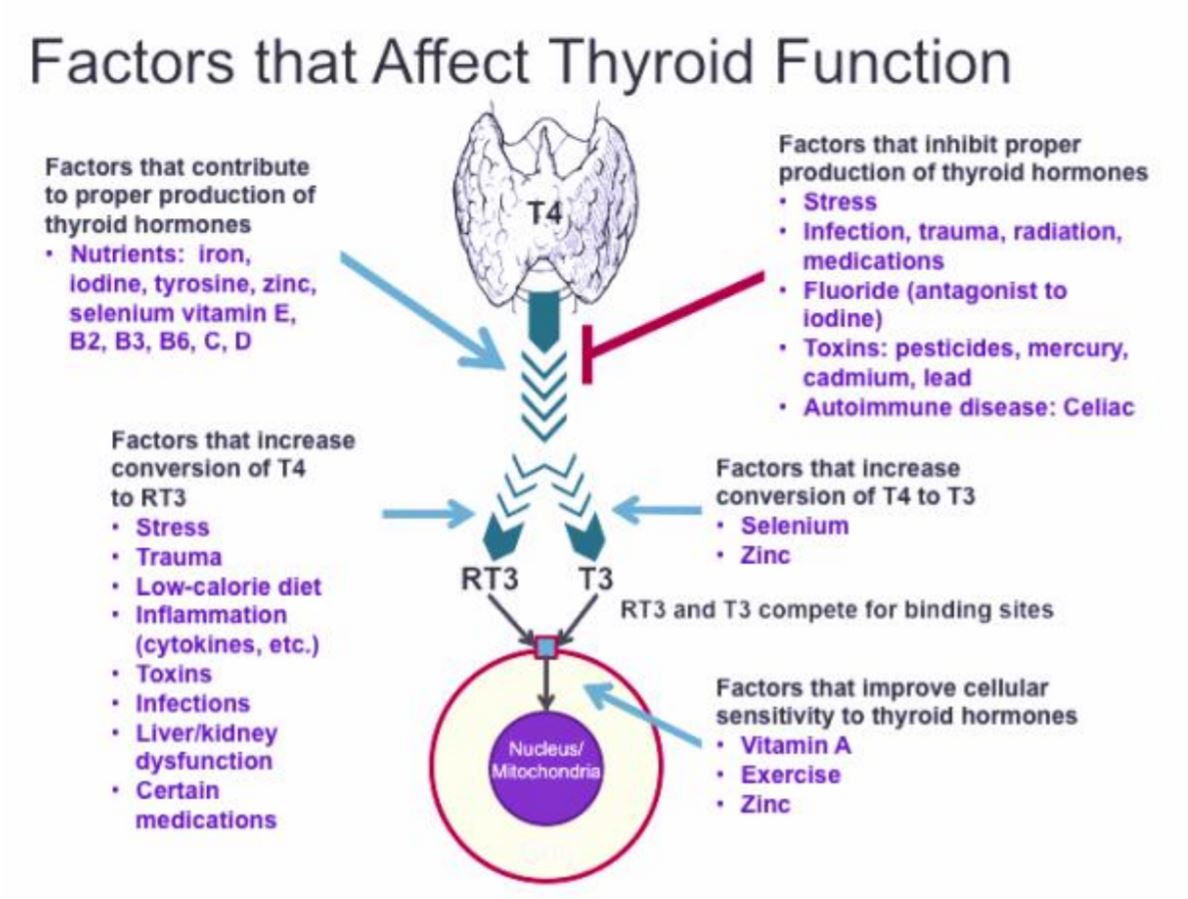 In the diagram above you can see there are many other factors that can affect the thyroid gland itself and the hormonal pathway and how the hormones directly affect the body metabolism at a cellular level. It is not always about balancing out your TSH, T4, T3. Many people can have what appears “normal” thyroid hormones but still suffer from low thyroid symptoms.

Another interesting point to be made here is that elevated levels of estrogen can slow the T4 to T3 conversion process. Therefore, other factors such as adrenal function, mineral balance, stress management, diet (avoiding gluten), decreasing inflammation, maintaining proper immune system balance, having healthy antioxidant levels, proper sleep and exercise is critical for proper thyroid and metabolic function.

Finally, if you want more information or need professional help, please contact my office at (480) 732-0911 where a staff member is happy to assist you.