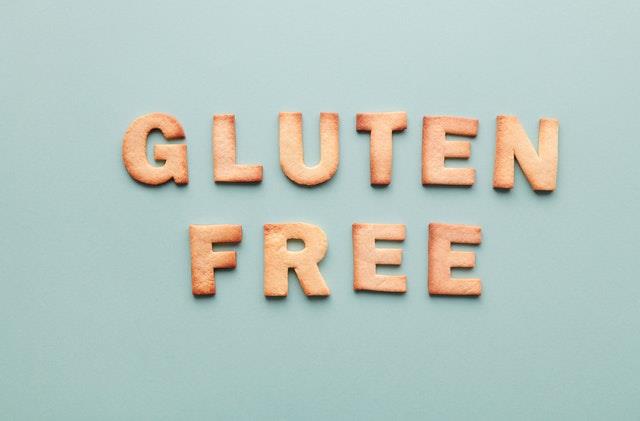 In this articleI have outlined some general guidelines to follow if you have been diagnosed with Celiac disease and/or some level of gluten sensitivity. Please remember reactivity to various gluten products is not always restricted to gastrointestinal/digestive complaints, but can result in neurological, skin, and musculoskeletal issues, as well.

Below, I have mapped out some suggestions to help you avoid gluten. Doing so may help reduce inflammation, leaky gut problems, and other health issues related to gluten sensitivity. By following these instructions closely for a “Truly Gluten Free Diet” you may begin to see a positive change in your health and in turn, feel better overall.

The term “gluten” is often associated with the protein portion found in wheat, barley, and rye. However, there are other proteins found in other grains that can cause similar problems and may need to be avoided.

Wheat, wheat species and hybrids such as, bulgur, durum, emmer, einkorn, faro, farina, graham, kamut, khorasan, semolina, spelt and triticale. Other grains, such as barley, rye, oats. Some people may react to gluten proteins found in corn and rice. Some people can also react to pseudo grains such as amaranth, buckwheat and quinoa.

Flour Based Foods to Avoid:

Try to look for gluten-free substitutes. Although, keep in mind that in 2010, there was a study published in the “Journal of the Academy of Nutrition and Dietetics,” that found about 41% of “gluten free” products to be contaminated with over 20 ppm of wheat gluten. So, technically they were not “gluten free.” The likelihood of cross contamination increases if the product says, “manufactured/processed in a facility that processes other grains.” So, be sure to read the labels completely.

Just a word of caution, some people may react to amaranth, buckwheat, corn, quinoa, rice, sorghum, soy and teff.

Meat and Dairy Products to Check for Hidden Glutens:

Please note that sometimes the proteins found in milk such as casein can prompt a similar response as gluten because it is often treated with microbial transglutaminase.

Meat substitutes – Vegetarian burgers and if they contain hydrolyzed vegetable protein or seitan.

Some ground meats and products – Like hamburger helper and anything breaded.

Imitation crab meat – Often has a binder made from wheat.

Processed cheese products – Such as cheese sauces and spreads

Some ice creams and gelato

Malt based beverages – like wine coolers and other premixed lemonades and other drinks.

If distilled properly, hard liquors such as scotch, whiskey, rye and bourbons are acceptable even though they may initially have been made with wheat, barley and/or corn. However, it is better to avoid alcohol derived from grain. Choose instead wine, rum, tequila, or vodka. Watch out for flavored hard liquors as they may contain gluten

Condiments and Additives to Avoid:

Many have large amounts of hidden gluten in the form of thickeners and be aware especially of those that are cream based.

They are gluten free but, some prepared smoothies and some frozen potatoes may not be gluten free.

Look at the excipients and if starch is listed it could contain wheat starch or corn starch.

Other Sources of Gluten:

In summary, it is essential to change your diet to reduce the potential widespread inflammatory effects of gluten on the body. Eating truly gluten free means basically eating real foods and avoiding most processed foods. Additionally, it was found that gluten has compounds that stimulate parts of the brain for addiction, called gluteomorphins. Therefore, in many cases eating gluten free does take time to get used to because changing your eating habits can be difficult, at first. So, be patient and do not beat yourself up! Have the attitude that you are eating this way because you want to feel healthier and more vibrant. It may also help to continue to search for new ideas and try different recipes that are gluten free to stay engaged and focused on your goal. See below for additional resources.

Hopefully, this information is useful and helps bring to light some of the many ways to achieve that “Truly Gluten Free Diet.” If we can be of help and service in your journey back to health, please do not hesitate to contact my office at (480) 732- 911. One of my assistants will be happy to help.

www.glutenfreesociety.org – a great resource of information, videos, and
healthy recipes.

www.celiac.org – A lot of good information but some of the grains they
say are safe may be questionable.

www.gluten.org – A good resource and recipes.