The Truth Behind Low Testosterone 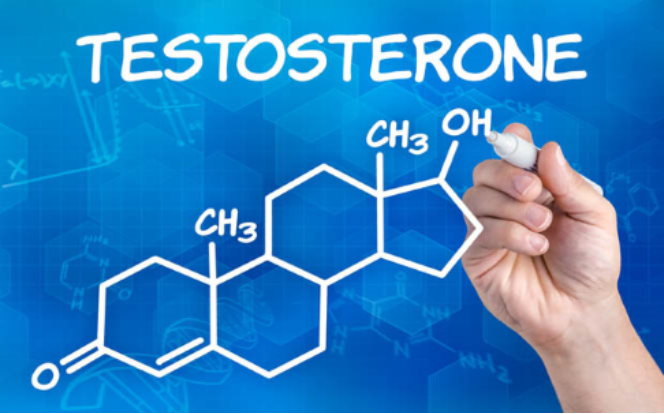 When one thinks about testosterone we often think of it in terms of only a male hormone. Well, the only thing truthful about this is that men do have much larger amounts of testosterone than women, but testosterone plays a very important role in women as well. So low ”T” can have very profound effects in either sex and it is not exclusively a male problem. Our discussion will favor male related issues since this is the principle steroid hormone in men, but there will also be information pertaining to low “T” in women as well! Low “T” in women seems to be more common after menopause. Low “T” in men generally becomes more common as we age, but lowered testosterone is becoming alarming more common in men of younger ages. Testosterone levels in men generally begin to decline after age 30.

The Journal of Clinical Endocrinology and Metabolism estimates that 1 in 4 men over the age of 30 have low testosterone. Low “T” is estimated to effect 16 million men in the US alone. In over 7000 blood tests, in one study, more than 80% of men tested had less than optimal testosterone levels. It is common for men over the age of 30 that their testosterone decreases anywhere from 0.5 –1.6% per year. Many nutritional oriented physicians that measure hormones have noted that in otherwise healthy men in their 40’s and   50’s that their testosterone levels are less than half of those in healthy men in their 30’s.

Another interesting trend has also been noted in many modern cultures that the overall levels for testosterone in all men have fallen consistently over the past 20 years or more. One study from the Journal of Clinical Endocrinology and Metabolism, 1992, estimates a 17% drop from 2004 compared to levels in men back in 1987. There are also other trends that have been connected with reduced testosterone levels such as decreased sperm counts and sperm quality in men. Additionally, there have been increases in testicular cancer and defects in the development of the male genitalia and testes in newborns due to improper testosterone stimulation. We will discuss some of these findings and their relationship to testosterone levels later in this newsletter.

Prescriptions for testosterone therapy among men ages 40 and older have increased three times from 2001 to 2011 or from .8 to 3% of the male population, but this might be in part driven by direct consumer marketing and the increased number of clinics specializing in male health issues. You cannot watch any type of media these days without being aware of low “T” or erectile dysfunction. However, the FDA this past year has issued some caution about the safety and use of prescription testosterone.

In women testosterone is produced in the adrenal glands (25%), ovaries (25%) and converted in the other tissues from a precursor called androstenedione circulating in the blood (50%).

Testosterone is not just a sex hormone it has wide spread effects in many tissues in the male and female body. Below we have listed many of the symptoms associated with low “T” and many affect women similarly:

The likelihood of having lowered testosterone increases if you are overweight, have diabetes, liver disease, hemochromatosis or suffer from chronic infections. Men who are diabetic are twice as likely to have low “T” and should be routinely tested for testosterone levels as this combination increases the risk for serious diseases.

Lab Corp considers normal levels of total testosterone from 348 – 1197 ng/dl. This is a huge range and The Journal of American College of Cardiology, in 2011, found that the minimal healthy level of testosterone to guard against heart attack and stroke was 550ng/dl. In men 45 years and older it was found that 38.7% had levels lower than 300ng/dl. That means about13.8 million men in the US have increased risk of heart attack and stroke based upon testosterone alone! Yet, many others between 348 to 550 ng/dl are considered “normal” and yet at these levels they are at higher risk for stroke, heart attacks , premature death, and other symptoms as listed above.

In women total testosterone should be below 25ng/dl if under 50 years old and should be 20 ng/dl if older than 50.

Another hormone to be evaluated in men is total estradiol. There is an important balance the body seeks to maintain proper health. Studies have found healthy estradiol levels in men should be 21-30 pg/ml.

To help you understand more about testosterone and its unique interplay with other steroid hormones. I have included a very basic outline of steroid hormone pathways.

Elevated levels of insulin have consistently been found to lead to decreased testosterone. Research is being done to find the biochemical link between the two hormones. Balancing blood sugar is essential as this will lower insulin levels. Eating a carbohydrate rich diet especially with refined carbohydrate such as cane sugar will never allow proper testosterone levels to be achieved. The other interesting thing is that as testosterone falls there is an increase in insulin resistance which causes more circulating insulin to lower “T”.

Men need to have a proper balance between testosterone and estradiol. One of the things that leads to this imbalance is once again cortisol and other inflammatory factors. Cortisol and/or inflammation leads to an increase in an enzyme called aromatase. Aromatase converts testosterone and other male/androgen hormones to different forms of estrogen especially estradiol. Ideally, estradiol levels should be between 21-30pg/ml and testosterone above 550ng/dl. One of the most effective compounds to combat excessive aromatase activity is pomegranate juice. Some others are grape seed extract, red wine, black or green tea, and a compound found in citrus fruits called naringenin chalcone.

Another factor is being overweight and having that “spare tire”. In men the more and larger the fat cells we have, the more aromatase activity takes place and more estrogen production. Men who are overweight will also produce more inflammatory compounds in their body as well and this leads to a lot of other health issues such as arthritis, and heart/circulatory diseases. Furthermore, increased estradiol levels will lead to weakened ligaments, discs and other joint problems.

The next major issue is stress and its link to increased cortisol levels. As mentioned earlier chronically elevated cortisol is deadly to the  testosterone producing cells in the testes. Taking yoga, prayer, having a positive attitude, and practicing relaxation techniques daily are important in reducing cortisol. Another important compound to help with boosting testosterone and decreasing cortisol  due to stress is phosphotidylserine or PS. PS has been found to improve sleep quality (which in itself reduces  cortisol), improves athletic performance and can literally improve your golf game! Most importantly it can increase testosterone levels and reduce the effects of stress.

The next “testosterone killer” is oxidative stress. Oxidative stress is caused by electrically charged compounds especially oxygen. The electrical charge destroys tissue and especially the energy producing part of the cells called mitochondria. The Leydig cells are very rich in mitochondria so they are particularly sensitive to oxidative stress. So when oxidative stress goes up, testosterone production goes down. In order to reduce oxidative stress it is important to have a diet rich in antioxidants and is low glycemic. One of the better antioxidants is astaxanthins. This antioxidant very effectively penetrates into the Leydig cells and improves testosterone production. It has also been shown to help especially with musculoskeletal, joint, and brain degenerative problems. Astaxanthin is naturally derived from different micro-algae and from salmon. Avoid the cheaper synthetics as they are not effective.

The next issue is with cholesterol and cholesterol lowering medications such as statins. Testosterone is derived from cholesterol, So when a statin medication is used such as, Lipitor, simvastatin, they can reduce the Leydig cell production of testosterone and other steroid hormones. Furthermore, it blocks the production of a very important antioxidant and component in the cell to produce energy called coenzyme Q10. Statins can potentially be “testosterone killers”.

These are a group of different compounds that have stimulator effects on estrogen receptors and also interfere with proper hormonal production. A group known as phthalates can have devastating effects on the Leydig cells in the testes. Phthalates are known as plasticizers where they soften plastics so the do not break easily. They are found in plastic containers, plastic wrap, cosmetics, personal hygiene products, cleaning products, vinyl and other soft plastics.

Our environment is surrounded by compounds that disrupt normal testosterone production, no wonder there is low T.

Most physicians are going to place most men who are low in testosterone with synthetic or sometimes bioidentical testosterone without really addressing the underlying reason for low ”T”. This simply does not make sense! However, some men do not want to make certain eating or lifestyle changes, and may feel better with their gel, pill or patch. Yet, the reasons for their low testosterone will persist and eventually other health issues will manifest themselves.

One of the first things to help increase testosterone is to eat a low glycemic diet that is rich in antioxidants. Your meals should consist of about 30-40% protein and 60-70% vegetables, seeds, nuts, low glycemic fruits and berries. The diet should consist of healthy fats found in avocadoes, raw nuts, olives, olive oil, grass fed meats, wild caught fish, coconuts, coconut oil, organic eggs, palm oil, organic butter and other organic nut oils.

Intense physical exercise in the form of high intensity/short duration will cause optimal changes in the hormonal system both in men and women. Maximum exertion should be followed by a quick rest period. So you may call this interval training. An example would be a set of eight 30-45 second sprints followed by a 60-90 second recovery. This can be done on an elliptical machine, recumbent bike, swimming, sprinting, trampoline/rebounder, weights, Versa-climber and others. This form of exercise is far superior than spending 30-40 minutes on a treadmill.  They have measured significant changes in testosterone within 7-10 days on this type of exercising and it also improves sleep! You can do this 6 days a week for just 10-15 minutes a day and get results.

Lastly, one of the best ways to remove organic toxins is by using the far infrared sauna. Improving liver detoxification is also vitally important to improving low “T”.